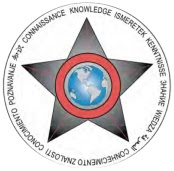 The Foreign Military Studies Office (FMSO)at Fort Leavenworth, Kansas is an open source research organization of the U.S. Army. FMSO conducts unclassified research on foreign perspectives of defense and security issues that are understudied or unconsidered.
Biography
Jason Heeg is an Intelligence Officer with the Defense Intelligence Agency. He is currently attending the United States Army Command and General Staff Collegeat Fort Leavenworth, Kansas and completing a Master of Arts in Security Studies with Kansas State University. He has deployed multiple times to the central command area of responsibility. His research interest includes insurgency, terrorism, and the cultural and tribal dynamics of south Asia.

The emphasis placed on counterinsurgency and counterterrorism operations in the Khyber Pakhtunkhwa (formerly known as the North-West Frontier Prov­ince) and Federally Administered Tribal Areas (FATA) of the Islamic Republic of Pakistan has left the issues in the western Balochistan province under-ap­preciated. While there has been some focus on the Taliban’s government-in-exile, the Quetta Shura, which operates from the Baloch capital, there has been little attention applied to Baloch nationalism. Counter-intuitive to the common American point of view, Baloch separatism is a much greater issue to the Paki­stan military than the situation in the FATA. Since the partition of British India in 1947, there have been five periods of insurgency in Balochistan.
http://fmso.leavenworth.army.mil/Collaboration/universities/Balochistan_final.pdf
Posted by baloch at 7:13 PM