Pakistan, A coin of the same two sides.. Militants & pakistan 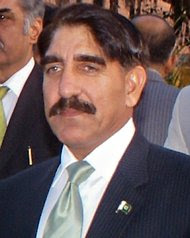 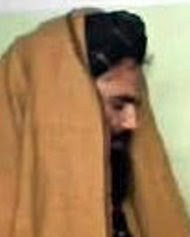 Note From  Baloch Human Rights Council (BHRC);  Pakistan  a pseudo country carved out of India with no culture, history and identity of its own is blackmailing the world to keeps its hegemony.  A country where Mosques and  a Famous well known brothels run side by side in the heart of Pakistan ( Lahore) claim to to be the defender of Islamic world and muslim ummah is uncomprehending and is  a shame to the ethics of humanity. Pakistan run by corrupt army generals have no principle and will do anything to get more dollars from US or elsewhere. Pakistan, without a foundation , identity , principles, morality, and above all no respect for humanity  is a Concubine used by its army generals as an enterprise. It should not be trusted by international community. It is time for the civilised world and for the US  not to trust & bend down or be pressurised by paki foolish tactical  demands . Drones are very useful. they should be carried out over all major cities of Pakistan and Pakistani military cantonments as the the top terrorists are kept in similar protected areas, just as Bin laden was safely kept in Abotabad   near an army  garrison .
Baloch Human Rights Council  (BHRC) requests NATO forces & US authorities to  continue drone  surveillance  in Balochistan  & in all areas of Pakistan especially in Balochistan to counter Pakistani state policy of radicalising secular Baloch people.
Bhrc welcomes the Nato and allied forces  physical intervention in Balochistan  and suggest for an establishment of a Baloch regiment  ( recruitment of only  Baloch youth) by NATO & US forces to counter paki state crimes against humanity in Balochistan and Afganistan

ISLAMABAD, Pakistan — Grinning for the camera, the suicide bomber fondly patted his truckload of explosives. “We will defeat these crusader pigs as they have invaded our land,” he declared as he revved the engine. The camera followed the truck to an American base in southern Afghanistan, where it exploded with a tangerine dust-framed fireball that punched a hole in the perimeter wall. Other suicide bombers leapt from a second vehicle and swarmed through the breach. The crackle and boom of violence filled the air.


The video, documenting a June 1 assault on Camp Salerno near the border with Pakistan, was released in the past week as a publicity blitz by the group behind the attack: theHaqqani network, a Taliban affiliate whose leaders shelter in Pakistan. Even as the United States begins a large-scale troopwithdrawal from Afghanistan, the Salerno attack, acknowledged at the time only in terse official statements, and others like it have cemented the Haqqani network’s standing as the most ominous threat to the fragile American-Pakistani relationship, officials from both countries say. The two countries are just getting back on track, after months of grueling negotiations that finally reopenedNATO supply routes through Pakistan. Pakistan’s spy chief, Lt. Gen. Zahir ul-Islam, is scheduled to arrive in Washington this week for talks with the Central Intelligence Agency, in an early sign of a new reconciliation. But the relationship still has a tinderbox quality, riven by differences over C.I.A. drone strikes in Pakistan’s tribal belt, the Afghan war and, most contentiously, the Haqqani network. The arguments are well worn: American officials say the Pakistani military’s Inter-Services Intelligence spy agency is covertly aiding the insurgents; Pakistani officials deny the accusation and contend the Obama administration is deflecting attention from its own failings in Afghanistan.
http://www.nytimes.com/2012/07/31/world/middleeast/haqqani-network-threatens-us-pakistani-ties.html?_r=1&pagewanted=all
Posted by baloch at 9:27 PM