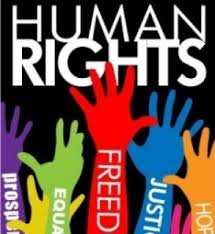 (Reuters) - For years, human rights groups had hoped that Western governments might lead an international outcry over a little-known epidemic of abductions, torture and murder in the Pakistani province of Baluchistan. They were disappointed.


Instead, relatives of the missing are placing their faith in a visiting U.N. team to highlight allegations that security forces are waging a campaign of mass disappearances aimed at silencing calls for Baluch independence. "How many will they kill?" said Yusuf Baluch, who found the mutilated body of his son, Asif, last year, several months after he was taken away in Karachi, Pakistan's commercial capital.


"I'm not going to accept Pakistan as my country. I'll keep longing for an independent Baluchistan."


Overshadowed by a U.S.-funded campaign against Taliban militants on the northwestern frontier with Afghanistan, the conflict between separatists and the state in Baluchistan receives scant outside attention, even within Pakistan itself.
http://www.reuters.com/article/2012/09/17/us-pakistan-disappearances-idUSBRE88G07P20120917
Posted by baloch at 10:35 AM