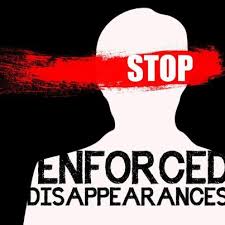 KARACHI: Another ‘missing person’ from Balochistan was found dead in a Surjani Town locality of the city near Manghopir on Thursday, bringing the number of people who had been missing and were found dead over the past two months in Karachi to over a dozen. The latest incident has raised apprehensions among the rights groups about the situation in Balochistan. The police said that they had received information about the presence of a body on the Northern Bypass near Manghopir in the morning. The man was identified as Naseebullah Baloch, son of Haji Ibrahim, resident of Dashti Bazaar in Turbat. Duty officer of the Surjani Town police station Khan Mohammed told Dawn that the body was identified from a chit found in his pocket, which perhaps his alleged killers had placed. A post-mortem examination conducted at the Abbasi Shaheed Hospital showed that he had been hanged to death.The Turbat police and the father of the victim, Ibrahim, told the Surjani Town police that Naseebullah had been missing from Turbat since April 28.The police quoting the father said that his son with “three to four other persons” was taken away by unidentified men from Turbat at night.The police said that over the past few months “over half a dozen people had gone missing” in Balochistan and were found dead in deserted areas of Surjani, linked with the border area of the province.However, Abdul Qadeer Baloch of the Voice for Baloch Missing Persons said bodies of around “13 missing Baloch activists” had been found in Karachi from March to May 2 (Thursday). http://dawn.com/2013/05/03/another-missing-baloch-activist-turns-up-dead/
Posted by baloch at 4:58 PM