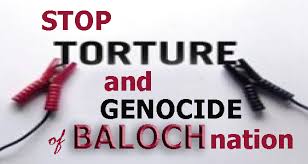 QUETTA: As many as three mutilated dead bodies, including that of two brothers, were recovered in Murgaap area of Kech and Khuzdar districts of Balochistan, on Sunday.
Turbat Police Station official Huzur Bhaksh, while talking to this correspondent, said that some passersby spotted the bodies and informed the police, who took the bodies into custody and cordoned off the area. The bodies were shifted to the District Headquarters Hospital where they were identified as that of Shahzeb and Shah Noor, residents of Khudabadan area of Panjgor district. Police said that both the boys were in their 20s and were brutally tortured and subjected to electric shocks. They were abducted on March 11 from Turbat area of Kech district, said the sources.
Meanwhile, a body was recovered from Zinda Pir Road area of Khuzdar district, on Sunday. According to the police, some people informed about a body in Zinda Pir Road area of Khuzdar. Police rushed to the spot and cordoned off the area. The body was shifted to the District Headquarters Hospital where it was identified as that of Naseer Ahmed. The cause of the killing could not be ascertained immediately.The cases of both the incident have been registered separately against unidentified persons and investigations are underway.  Courtesy Pak Tribunes
Posted by baloch at 7:54 PM