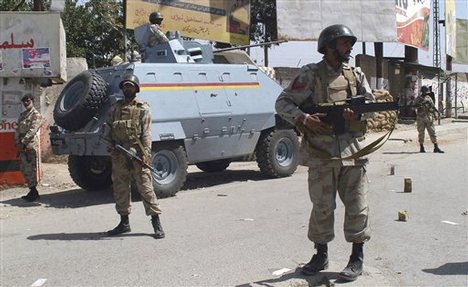 Keeping in view of the delicate situation in Balochistan, the handing over of police powers to the Frontier Corps is unfair and unjust as there are more complaints of the common people against the FC and not the police and the Levies. To some extent, police is local and knowing the cultural and traditions of Baloch people while FC is an alien and a FATA force in Balochistan comprising non locals, from top to bottom. The Government of Balochistan had conceded the pressure from the security establishment to hand over more and more powers to the FC dislodging police and Balochistan Levies from maintenance of public order. The proceedings of the Supreme Court should have been eye opener to all concerned in the security establishment and the Government of Balochistan while transferring more powers to the FC to suppress and oppress the people waging a struggle for their just national rights to live with honor & dignity on their own soil. Some political observers rightly or wrongly believed that the recent events had been manipulated to the advantage of the FC to grant more powers to the FC personnel for operational reasons. It may be in the interest of some naïve people within the establishment, but it is not in the interest of Pakistan, its people and security to alienate the Baloch people from Pakistan using brute force against the political opponents.The Supreme Court order regarding the Dera Bugti situation is totally misplaced as it will not bring the situation back to normal. Instead, the Supreme Court should have order withdrawal of all combat forces of the Federal Government from Dera Bugti and rest of Balochistan so that internally displaced persons should return to their home with safety, security, honour and dignity. Talal Bugti was right in claiming that it would be a suicide if someone tries to go to Dera Bugti in presence of FC contingents. Peace in Balochistan is linked with the withdrawal of all combat forces from all parts of Balochistan allowing free movement to the people while Police, Levies and Balochistan Constabulary will be competent enough for maintenance of public order to the satisfaction of the people. News Source Balochistan Express