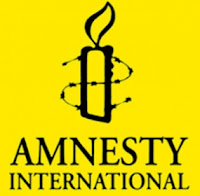 The body of a Baloch student activist was found on 16 July, five months after he was taken into custody by the paramilitary Frontier Corps. Ten other Baloch men, detained at the same time, are in grave danger of the same fate. The 10 were taken into custody on 18 February, along with 19 others, during a Frontier Corps search operation in the town of Tutak, in Balochistan's Khuzdar district. Eighteen men have since been released, while the body of Maqsood Qalandarani, an activist with the Baloch Student Organization-Azad, was found in a sack in the Jabal-eNoor area of Balochistan's capital, Quetta, on 16 July. Maqsood Qalandarani appeared to have been tortured.
According to local news reports, the police discovered a note in his pockets, saying that he was an “Agent of the Baloch Liberation Army”. The 10, most of whom are from the Qalandarani tribe, have not been seen since. They are at risk of torture and other ill-treatment, as well as extrajudicial execution. The bullet-riddled bodies of abducted men, many showing signs of torture, are being found in increasing numbers across Balochistan and illustrate a growing trend of “kill and dump” operations in the province. Between 24 October 2010 and 31 May 2011, Amnesty International recorded 73 enforced disappearances and 108 possible extrajudicial executions of Baloch activists, teachers, journalists and lawyers. At least 93 people out of the total 108 killed had been subjected to enforced disappearance.
Read more:  http://amnesty.org/en/library/asset/ASA33/008/2011/en/06fc16b7-e250-475e-a4f3-a060fcc82659/asa330082011en.pdf
Posted by baloch at 8:18 AM